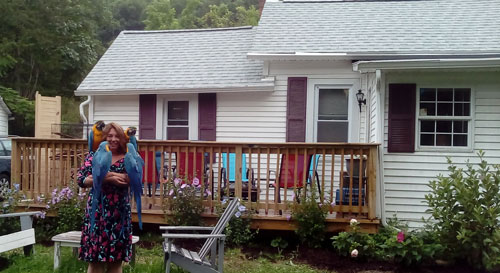 KINGSTON, NY—Gloria Waslyn has been a successful career counselor, a long-time peace advocate, and a professional photographer; but her most important priority is to provide a comfortable and healthy living environment for her parrots who promote messages of peace. Indeed, campaigning for peace and the environment have been at the top of both Gloria’s and her parrot’s to-do list for nearly 20 years. The Parrots for Peace are the primary reason why she moved to the Woodstock area. Waslyn pursued this move from NYC seven years ago, and she and the birds now live in a house in which they feel safe and secure which they were able to purchase with the help of RUPCO’s Homeownership Center. They are also working towards the next steps in promoting peace, effecting equanimity with spirits as light as a feather, strong as a Buddhist mantra.

The family’s origins began at the Urban Bird parrot store in SoHo 18 years ago, where Gloria chanced upon a female parrot who was then three months old, and immediately, she knew their paths had crossed for a reason. Waslyn promised the parrot that “I’d give her the best life I could so she could do the work she crossed my path to do: together, we would work to educate people that we are all inter-connected.” Waslyn named her Merlin, because she could “make the best kind of magic… to make children smile.”

While vacationing in Cape Cod and perusing a shrubbery store, one-year-old Merlin fell in love with a six-month-old male parrot, and Mr. Baby was adopted. Mr. Baby and Ms. Merlin soon became a power couple, rainforest ambassadors, and spokesavians for nature and wildlife. Their portfolio demonstrates an active role in the United Nations’ International Day of Peace as well as Human Rights Day. Since September 11, 2001, their official title became “Parrots for Peace,” which attests to their huge undertaking of national and international cooperation. Since then, the parrot couple have had two beautiful children, Peace-nik and Ara, and they travel together as a family to participate in Peace and Green Festivals. 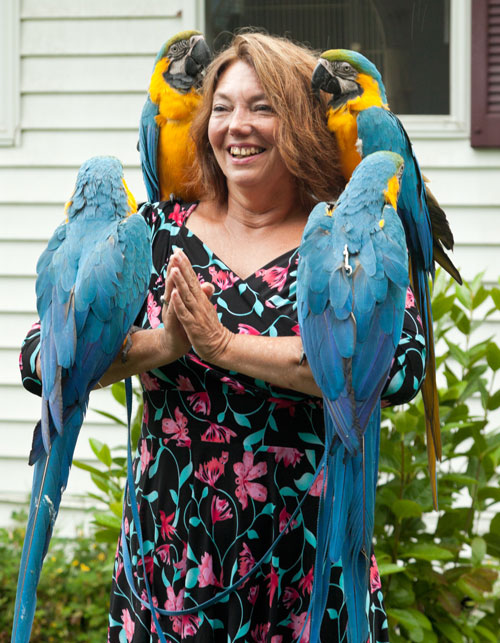 Though the birds have an impressive track record, getting there cost Waslyn financially and emotionally.  She met a man involved with the peace movement and made the move to the Woodstock/Phoenicia area. Gloria soon became involved in the anti-fracking movement, instead of working solely on Parrots for Peace. Gloria was not earning enough income, and simply ran out of money.

With RUPCO’s assistance, Waslyn took the homebuyer education course, found a home, and qualified for grants that would cover some of the costs necessary to make her new space livable. She secured part of her closing costs and a mortgage. Now, Waslyn is delighted to have monthly payments that are far less costly than her previous rent. “This allows me to have the opportunity to focus completely on the next chapter of my mission; the Parrots for Peace, comprising environmental education, social justice, and advocating for the interconnectedness of the planet.”

Her feet are firmly planted in her home in Ruby, showing stability after not knowing if an opportunity for homeownership would arise in the community. “I have developed real roots here. The idea of going somewhere completely new would be an adventure, but everyone I know is here and is right down the street,” states Waslyn.

The birds have also managed to attract recognition through making lasting friendships. Their presence has made some of the most powerful connections that animals can bring to human lives through a one-time meeting, bound to a child’s memory. Waslyn described a memorable outing with the birds, when they provided love and support to people who convened at Rockefeller Center at Christmastime. A young girl ran up to them, asking them if they remembered her from a few years back. She dug her toes into her shoes, like a tree roots itself in the soil, and spread her arms to catch the sunlight while they perched on her “branches,” and promised to help create world peace. Waslyn was taken aback by the magic that radiated from the connection that lasted between a young child and the parrots over the years. These moments of impact are constituent components of real change, like how a small pebble dropped in water creates ripples. She may not remember the specific event as she matures, but, Gloria states, “…something will stick” and spark a response that will unfold as concern for animals and nature. Perhaps seedlings of animal or environmental activism will sprout, bloom into local efforts, and pollinate far-off areas to achieve a more naturalistic world.

Waslyn is also optimistic about RUPCO’s future and its staff’s determination to carry out a mission for safe, affordable housing for all. Upon reflection, Waslyn states, “RUPCO was one of the many helpful pieces in a long chain of family, friends, and former clients who offered ideas, loans, gifts, and work to make my dream for the Parrots for Peace unfold as step one of their bigger plan.”