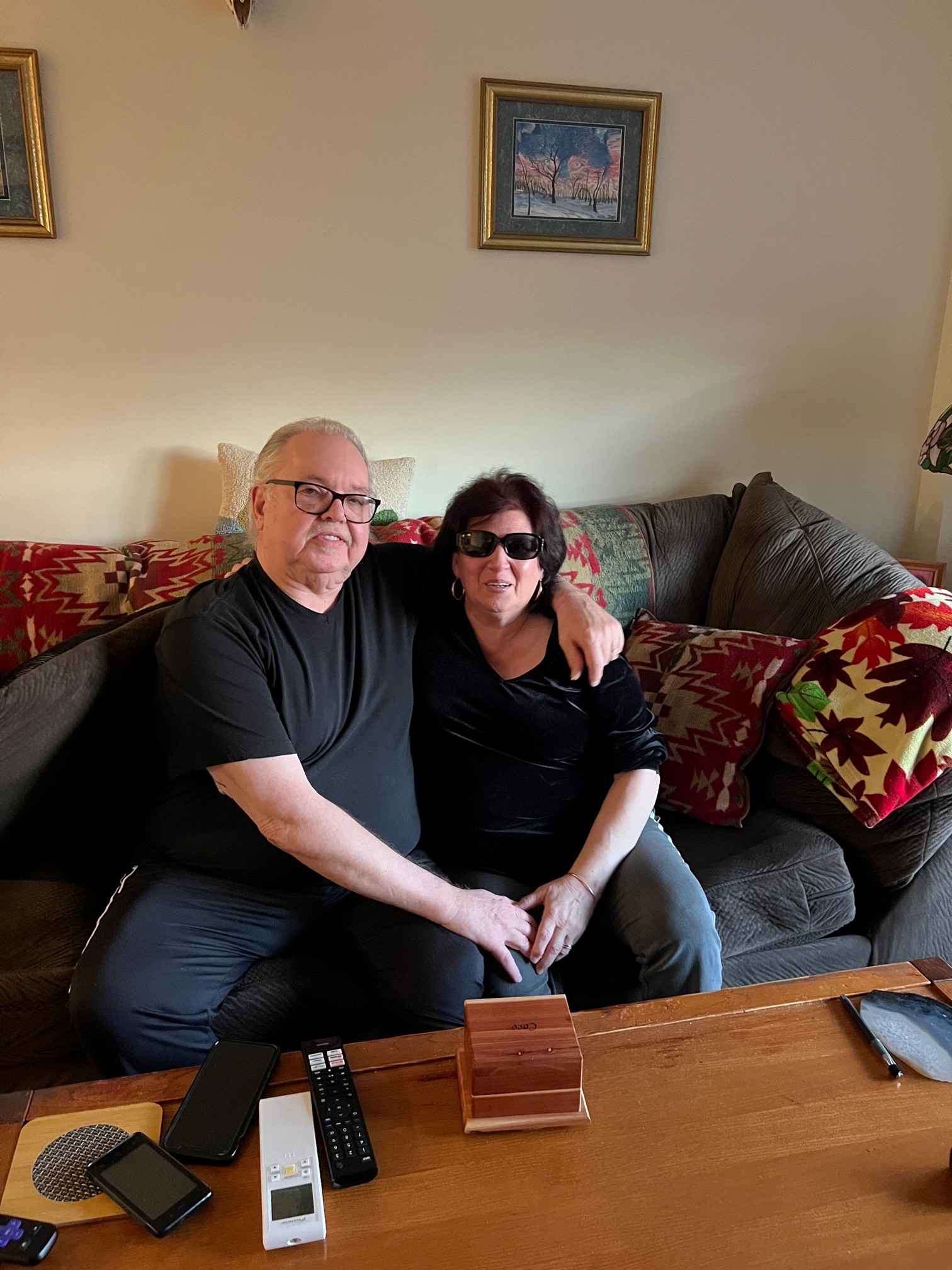 Access to stable housing is HEALING – Thank you, Susi and Kenny, for sharing your story with us.

These are the words of a very appreciative Suzanne Pazurik, as she sat in her living room at her apartment at Landmark Place East, RUPCO’s latest senior and supportive campus for people 55+. Susi and her husband, Kenny, had lived in the same Yonkers apartment for the last two decades. Year after year, their rent kept increasing while their amenities decreased. Their landlord began charging for a parking spot, utility bills rose to three and then four hundred dollars a month, and in 2019 their rent spiked to $3,000 per month. Kenny was a New York City cab driver with a steady paycheck. Suzanne worked for an organization for 27 years until she was let go with no warning. In the blink of an eye, they became solely reliant on Kenny’s income.

COVID came, and Kenny’s business, like many others, was immediately affected. “No one was going to work, so no one needed a ride. The streets were empty. There was nothing,” Kenny said. Then sadly, his health took a turn, making him unable to work. Susanne found employment at a local factory bakery, working 12-hour shifts on her feet with few breaks, and pretty soon began to feel the physical wear on her body.

After lengthy discussions, Suzanne decided to leave her job, and the couple began relying on their savings and retirement accounts to pay their bills. Suzanne’s mental health suffered. She developed insomnia, began struggling with depression, and constantly needed medical care. Her depression worsened after her mother’s death, for whom she was the caregiver, leaving her feeling lost and scared as their savings depleted. Suzanne began filling out housing lottery applications.

With two months left of savings before facing eviction and homelessness, they received a call from RUPCO, letting them know they had an apartment available at Landmark Place East. “We are going to Kingston,” she told Kenny. And off they went. With a brand new and affordable apartment, Susi can finally sleep well. “I have a new zest for life because a huge burden has been taken off my shoulders.